Piru has been used for shooting film and television productions over the years, including Desert Fury (1947). Location scenes were shot with the northwest side of Center Street, at Main, used as the exterior of Fritzi Haller’s saloon and casino; the Piru Mansion was used as the Haller home and the historic Piru bridge, crossing Piru Creek on the east side of town, was used as the locale of the car crash. (Some of the exterior scenes were also filmed in the Old Town section of Cottonwood, Arizona, especially where Burt Lancaster enters the Old Town jail, extant though enlarged.) Piru was also used in the scene in A Star Is Born (1954) starring Judy Garland and James Mason where Jack Carson’s character, Libby, finds them after they are married. Piru was also featured in the 1966 film Incident at Phantom Hill.

Piru stood in for Clarksburg, California, in the 1974 TV movie, The California Kid. It was used for exterior shots in the 1975 Filmation children’s series The Ghost Busters. Scenes in The A-Team, The Dukes of Hazzard, Murder, She Wrote and NCIS were filmed in Piru. In the 1981 made-for-TV horror film Dark Night of the Scarecrow, several of the primary locations in the film, including the cafe, post office and service station, are in Piru.

In Twilight Zone: The Movie (1983), the scenes of the rest home in the “Kick the Can” segment were filmed at the historic building that is now the Heritage Valley Inn. Dolly Parton and Sylvester Stallone filmed scenes for Rhinestone (1984), in Piru. Also, Silent Night Deadly Night 3 was filmed here, in 1984.

The town served as the fictional San Remos countryside in the movie Cobra, wherein the title character, police lieutenant Marion Cobretti (Sylvester Stallone) and his partner Sergeant Tony Gonzales (Reni Santoni) relocates a model and businesswoman (Brigitte Nielsen) for safety from the “New Order”, a criminal organization consisting of social darwinist political radicals’ intent on hunting her down after she becomes a living witness to their crimes. Scenes shot in Piru include a diner near the border, a motel which is later attacked by the New Order. The motel was built for the movie and was destroyed purposely for the filming of the town siege scenes. The town factory in which the title character kills the Order’s leader was shot at a factory in Santa Clarita, California.

With the exception of a few scenes, the entire comedy Happy, Texas (1999) was filmed in Piru. It was also used for scenes of Bubble Boy. The exterior of Piru United Methodist Church was used in Big Momma’s House (2001). The chase scene in Enough (2002) starring Jennifer Lopez was filmed in Piru along with scenes from Torque (2004) and the final scene for Van Helsing (2004).

The 2005 movie The Amateurs starring Jeff Bridges was largely filmed in Piru — as was much of the television movie The Love War (1970) starring Jeff’s father Lloyd Bridges, with Angie Dickinson (with Piru serving as location and setting). The town has also served for some of the scenes on TV’s Reno 911! and for scenes set in the fictional town of Bon Temps, Louisiana, in True Blood.

In the Disney movie Race to Witch Mountain (2009) starring Dwayne Johnson, “The Rock,” scenes where he and the alien boy and girl go into a small town, Stony Creek, where they have repairs done on his taxi and go to a restaurant/country music club, were shot in Piru, which continues to be a popular location with film companies.

Piru Mansion was used as the home of Ellis Wyatt in Atlas Shrugged: Part I (2011), the first segment in a three-part movie adaptation of the novel by Ayn Rand. Piru was also used to film the 2011 music video Don’t Stop (Colour On The Walls), from the band Foster the People and featuring actress Gabourey Sidibe.

The 2013 music video for the hit Wake me up by Avicii, starring the Russian model Kristina Romanova and the young Californian model Laneya Grace.
Water for Elephants was also filmed in Piru as well as Alicia Keys’ Unthinkable music video.

The 2014 action-drama film Swelter, starring Jean-Claude Van Damme, Lennie James, and Alfred Molina, was filmed entirely in Piru, per the DVD credits, with the town substituting for Baker, Nevada. 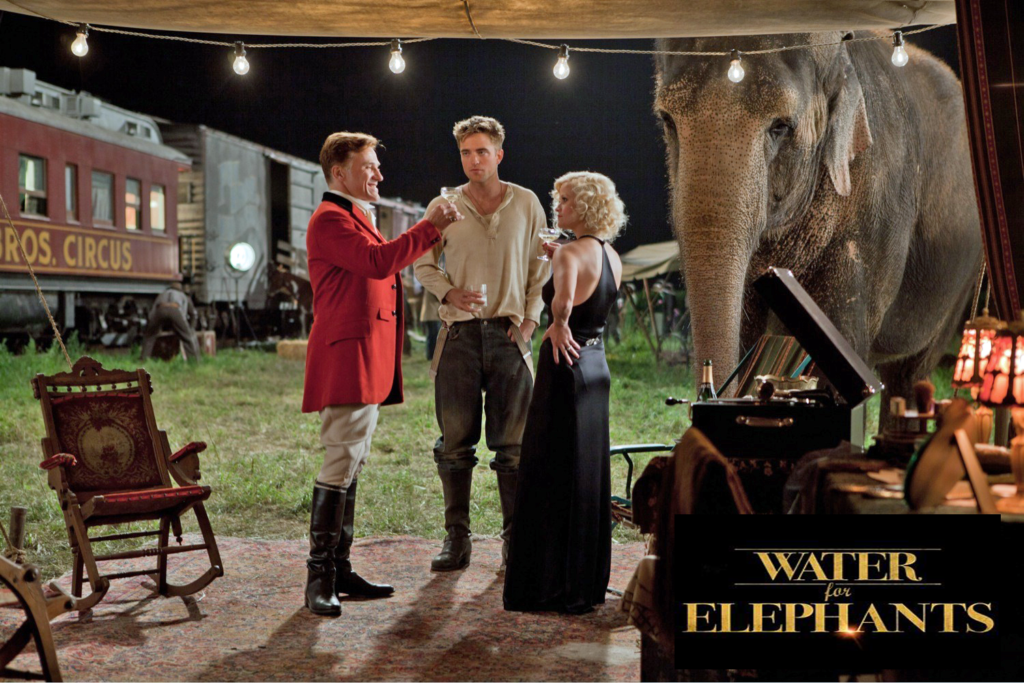 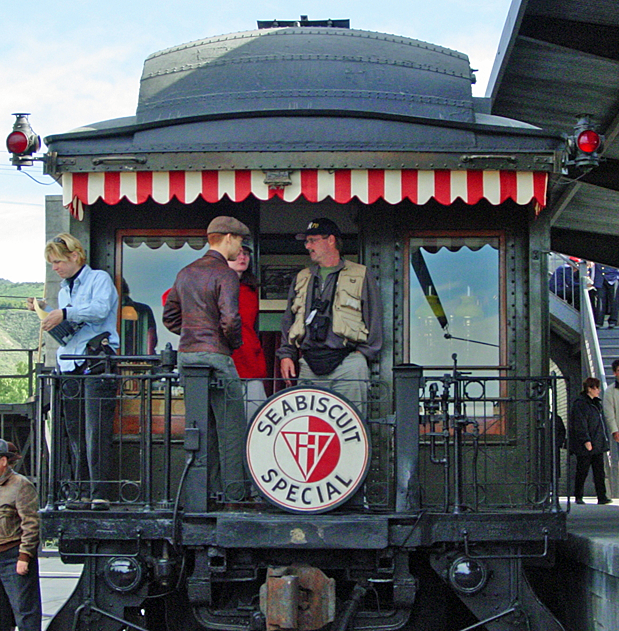 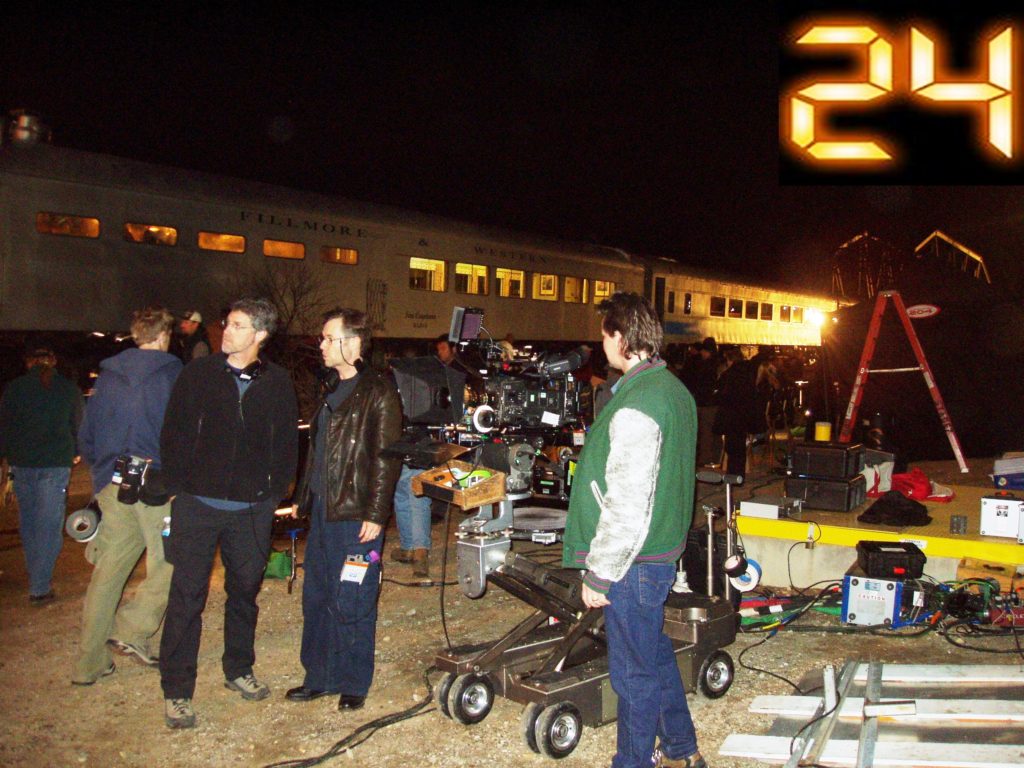 Santa Paula was the early film capital of California when Gaston Melies brought his Star Film Company to the city in 1911. The popular early silent film maker turned out more than a dozen one- and two-reelers with names like The Ghost of Sulphur Mountain and Oil Well Romance. By 1915 the action had shifted to Hollywood where early filmmakers like Jack Warner were making stars of actors named Chaplin, Mix, and Pickford.

Santa Paula early success as a film center was just a harbinger of its coming popularity with filmmakers. One of the epic miniseries of the 1970s, The Thorn Birds, starring Richard Chamberlain, was filmed in part in Santa Paula (look for the train station). In the ensuing years, many films and commercials have sought out locations in the city because of its authentic 50s downtown and the wide availability of varied historical settings. Many locales in the city date to the late 1800s and early 1900s. Santa Paula Airport, founded in 1930, still has that barnstorming look of the early days of aviation. The city’s 1887 Santa Paula Train Depot is one of the very few original Southern Pacific Railroad Depots serviced by antique trains today. The countryside surrounding Santa Paula evokes a bygone era with its orchards, ranches, and oilfields.

The City of Santa Paula invites location scouts and production companies to explore the city for filming locations. Filming in Santa Paula is coordinated by the Santa Paula Chamber of Commerce and can be contacted at 805.525.5561. 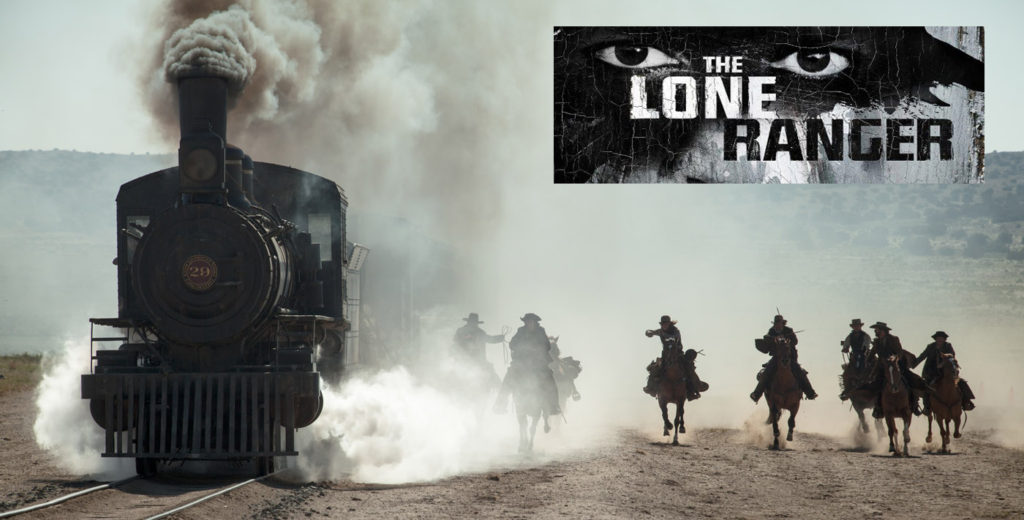 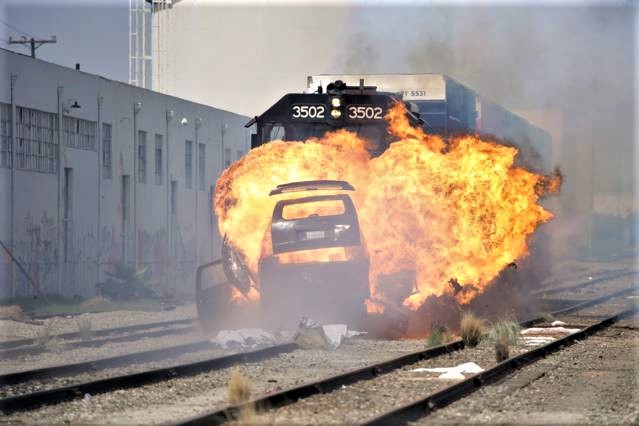 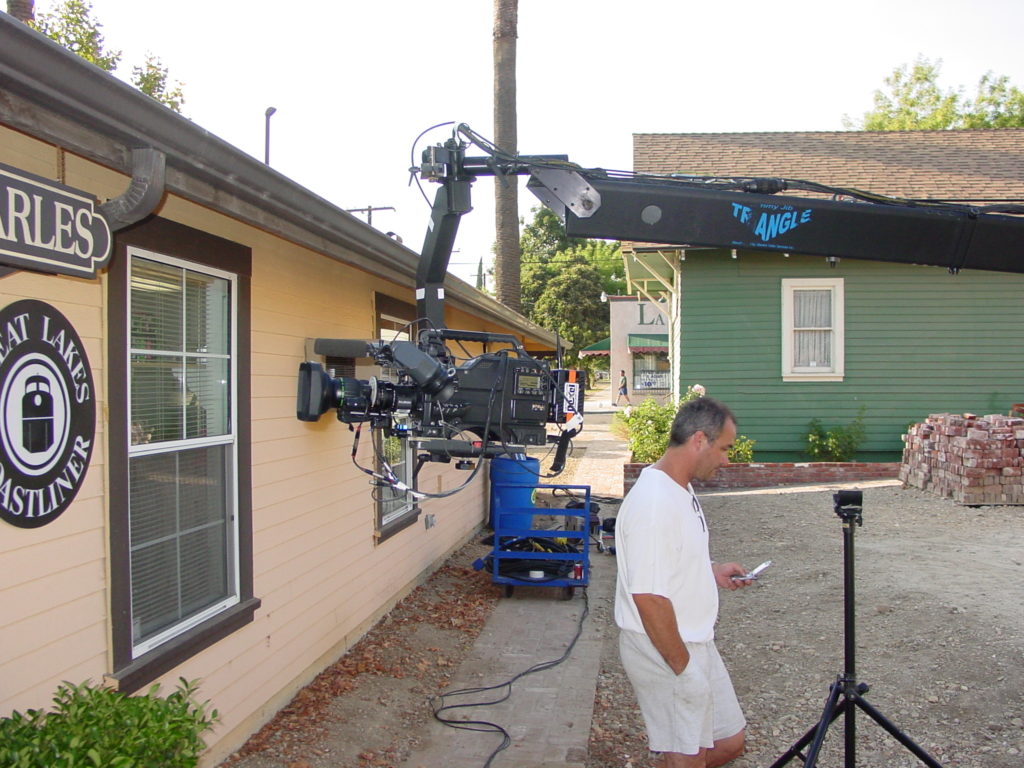 Fillmore & Western Railway Company (Short Line Enterprises) as founded in 1967. Between 1967 and 1972, the company bought, sold and traded locomotives, passenger cars and freight cars, mostly of 19th century origin. The majority of the equipment was acquired from the property departments of three major movie studios: MGM, Paramount and 20th Century Fox. This activity, combined with Short Line’s experience in buying, selling and evaluating railroad equipment led to the company’s emergence as one of the foremost appraisers in America of rolling stock and other railroad-related items. It also focused the company on its long-term path of providing movie trains for the film industry.

By 1976, Short’s Line’s collection of rolling stock was anything but short. The company moved lock stock and locomotive, to the Sierra Railroad in Jamestown, California, which provided a better location for film work. It was also close to Sacramento, where principals of Short Line had been engaged by the California Department of Parks and Recreation to supervise restoration of the extensive and historic collection of the California State Railroad Museum.

Short Line was also retained as the prime contractor by the Nevada State Museum on restoration projects in Carson City. This series of projects ran from 1979 to 1988, and resulted in the restoration of three derelict steam locomotives and seven 19th Century passenger and freight cars.

During this time (1985), Short Line moved its movie operations to the Newhall Ranch, placing it within the Hollywood production zone. Between 1985 and 1990, Short Line was used in over seventy feature films, television series and commercials. No Hollywood railroad location had ever amassed that number of credits in such a brief period of time. The track lease was cancelled in 1990 when the Newhall Land and Farming Company decided to develop the surrounding area in a way, which was incompatible with movie operations.

A search began for a new home for Hollywood’s “Movie Trains”. All potential sites in Los Angeles, Orange, Riverside, San Bernardino and Ventura Counties were explored. The only line that met the specific needs of the film industry was Southern Pacific’s Santa Paula Branch in rural Ventura County. The pastoral surroundings of the area also bode suitable for development of a passenger excursion business. The City of Fillmore showed great enthusiasm for the operation of a vintage train in conjunction with the revival of its 1920-era Central Business District. The objective – to create a major visitor destination that features the movie trains, passenger excursions and dinner trains as the master theme for the community redevelopment.

The antique trains of Fillmore & Western roll into the 21st.Century as involved as ever in the magic of movies, while the company’s passenger excursions, dinner trains, private parties and corporate events provide the means of travel to a bygone era. 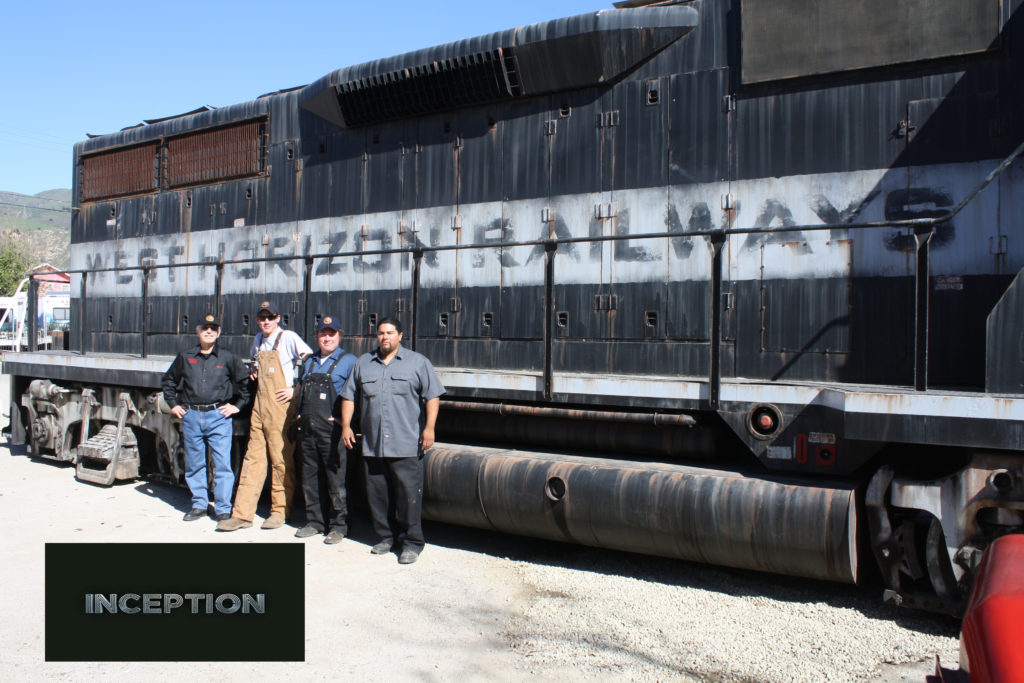 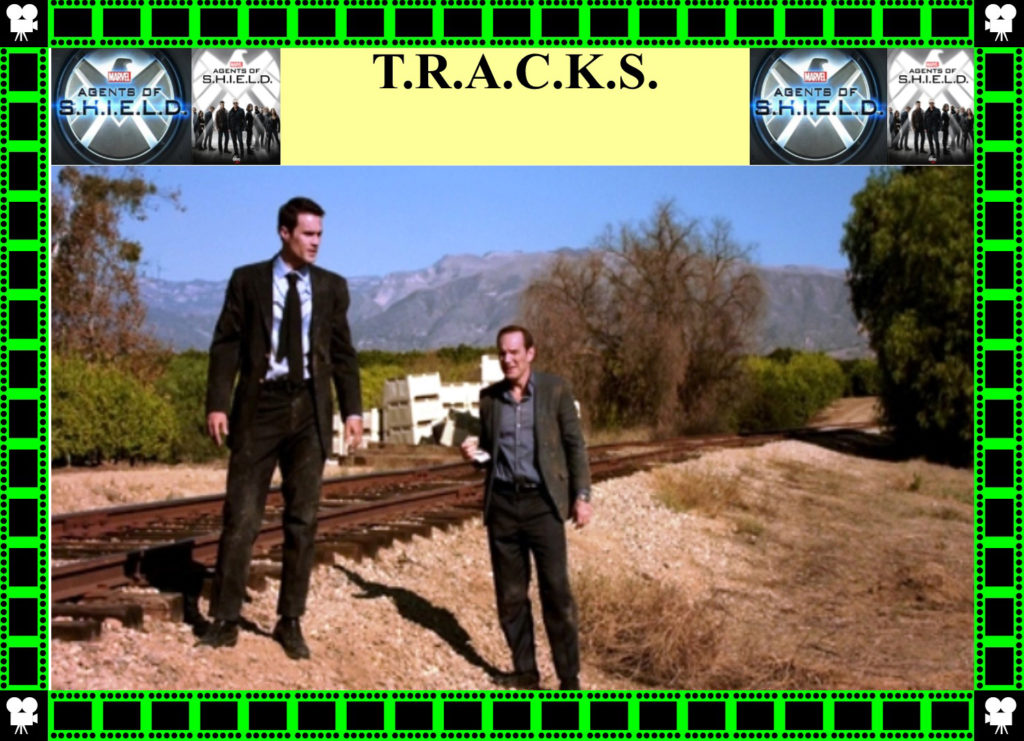 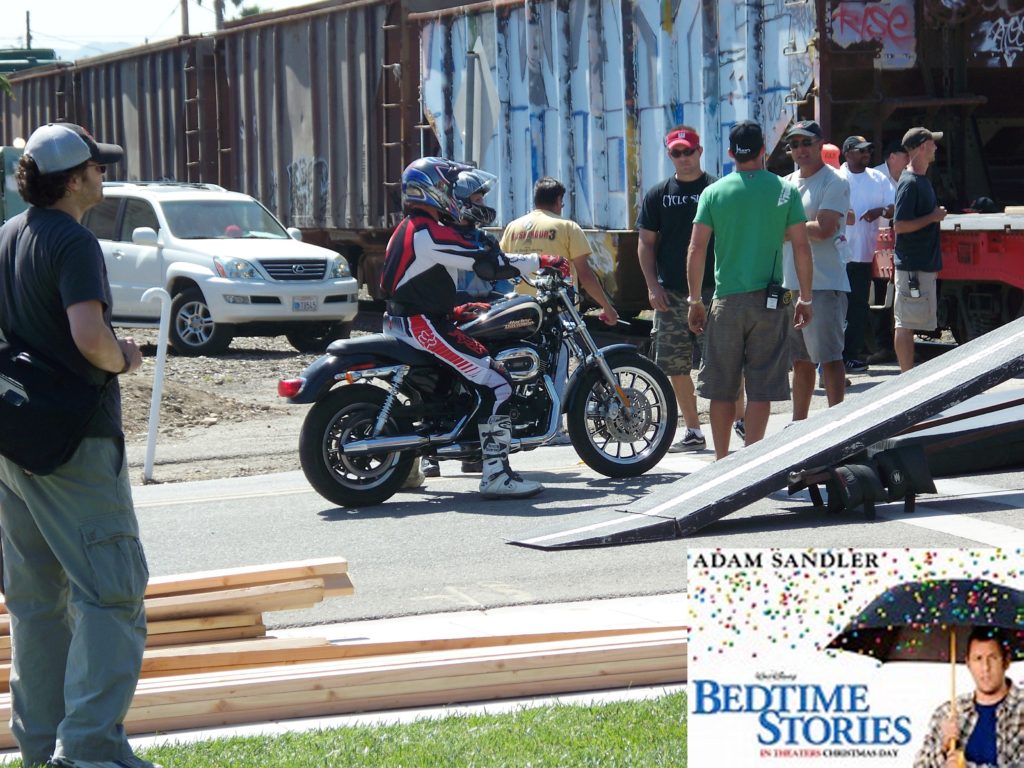